As a small coastal community there have been many acts of bravery and heroism in attempting to save lives on the sea around our coast. Here is a small selection, it is not a definitive list. More details about rescues from the Padstow Lifeboat are available on their website.

1833 - Silver Medal awarded to Mr W Giles who, in the lifeboat with seven seamen, rescued four of the crew of the brig Albion that ran aground in a violent gale on 29 November 1833. (Lifeboat Mariners Friend probably).

1836 - Silver Medal awarded to Captain M B Wade for the rescue of three of the crew of the Jersey smack Britannia that ran aground during a severe gale on 23 November 1836.

1843 - Silver Medals awarded to Mr R Tredwen for the rescue of the crew of seven of the brig Towan that ran aground on Doombar Sands in a heavy gale on 28 October 1843.

1860 - Silver Second-Service clasp awarded to Coxswain D Shea for assisting to land the crew of the ship James Alexander which was wrecked off Padstow during a very heavy gale on 22 January 1860.

1879 - Silver Medals awarded to Miss Ellen Frances Prideaux Brune, Miss Gertrude Rose Prideaux Brune, Miss Mary Katherine Prideaux Brune, Miss Beatrice May Prideaux Brune and Miss Nora O'Shaughnessy for their intrepid and prompt services in proceeding through a heavy surf in their rowing boat and saving at considerable risk of life a sailor from a boat which had been capsized by a squall of wind off Brea Hill on 9 August 1879. When the accident occurred the ladies boat was being towed astern of a fishing boat and Miss Ellen Prideaux Brune with great determination asked to be cast off and with her companions she proceeded with all possible despatch to the rescue of the drowning sailor. The Thanks of the Institution also voted to the Hon J G P Vereker and to Samuel Bate late Coxswain of the Institution’s Padstow lifeboat who were also instrumental in saving a boy who had been thrown out of the same boat. 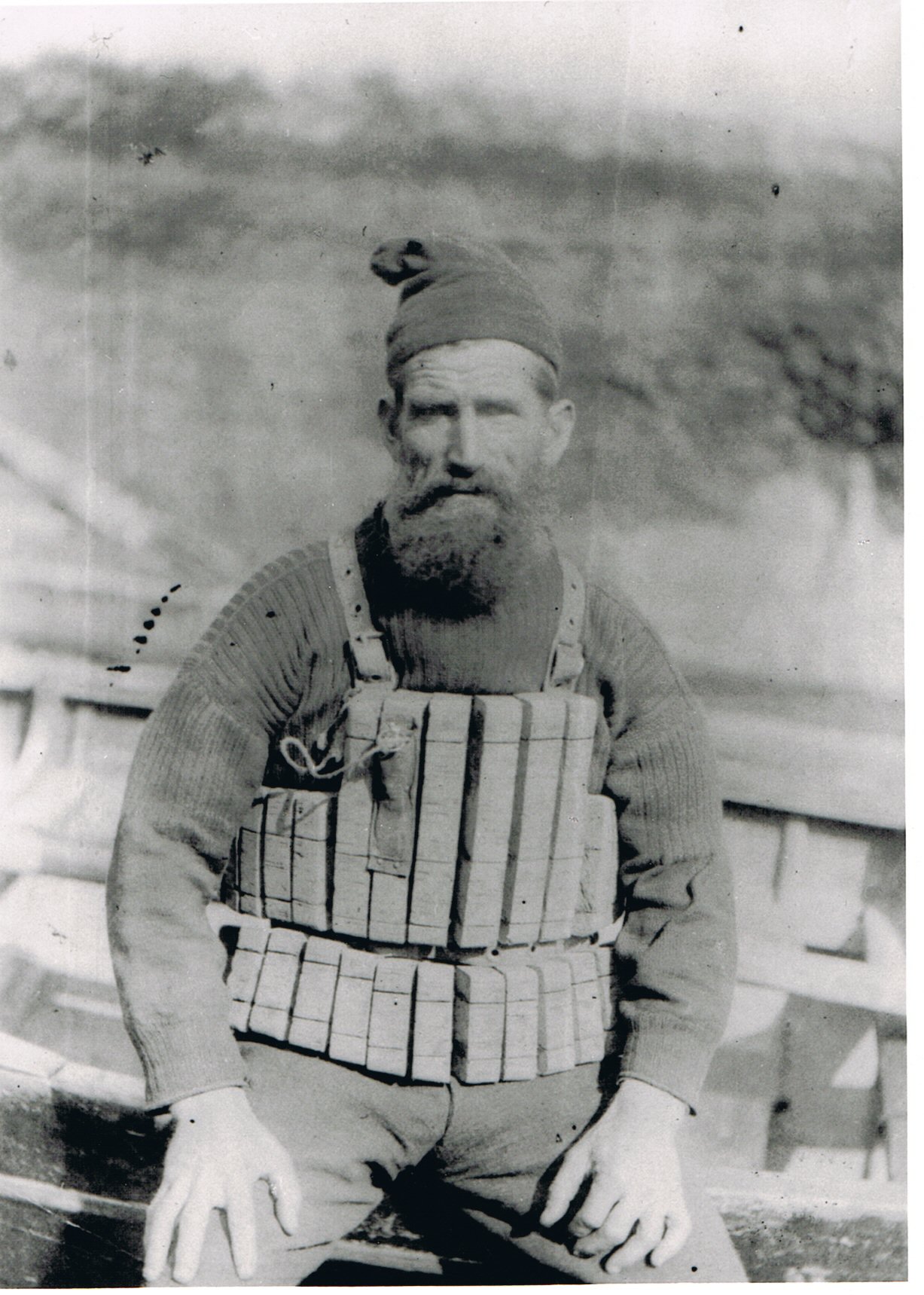 1900 - On 11 April, with a stormy west-north-westerly wind blowing, the ketch Peace and Plenty struck Greenway Rocks. The lifeboat Arab, whilst at anchor close to the casualty, was struck by a tremendous sea that broke 10 oars and washed eight of her crew overboard. The men managed to regain the lifeboat without loss but she was wrecked on the rocks and became a total loss. The steam lifeboat was launched after the pulling lifeboat and as she was leaving the harbour she was caught by a heavy swell and capsized and eight of her crew of 11 were drowned - Coxswain David Grubb (pictured left), J W Bate, James Grubb, E Kane, J S Martin, J B Old, J Stephens and S East. The steam lifeboat was wrecked and sold for £50. The Committee of Management voted £1,000 to local fund. 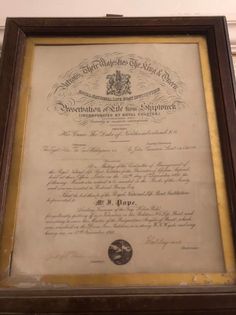 1911 - Silver Medal awarded to Coxswain W H Baker for the rescue of the Master of the ship Angèle of Brest, which was wrecked on the Doom Bar in a strong west-north-westerly gale and heavy sea on 12 November 1911. On the left is the vellum awarded to crewman William John (Jack) Pope for the rescue. 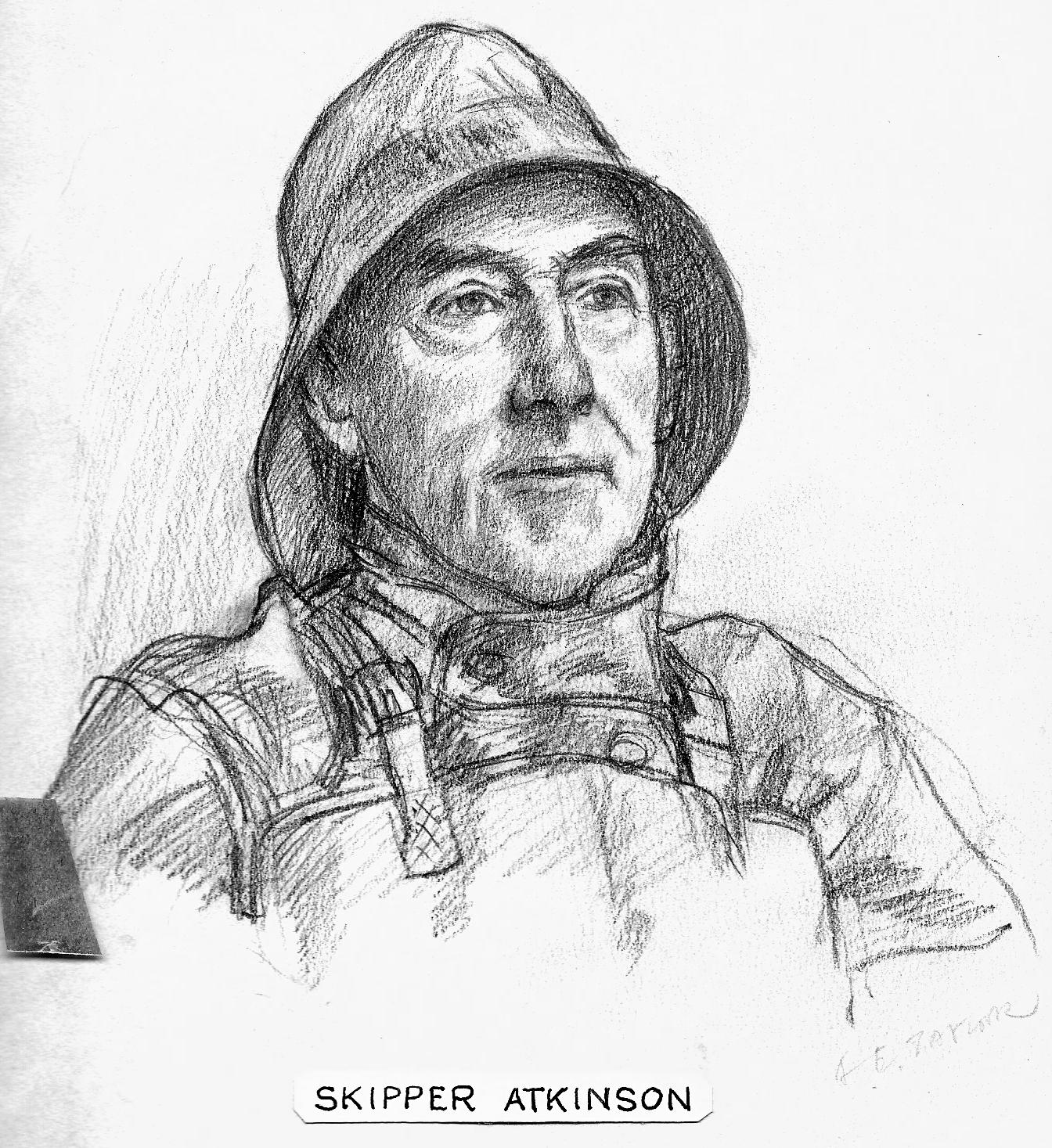 1929 - Bronze Medal awarded to Joseph Atkinson, Master of the steam tug Helen Peele in recognition of his gallant conduct and skilful seamanship when the tug, under his command rescued the crew of five of the fishing vessel Our Girlie of Port Isaac which was wrecked on a rocky shore near Port Quin in a moderate north-north-westerly gale with a very heavy sea on 27 November 1928.

1937 - Teacher Frederick Blake lost his life attempting to rescue Jack (Lewis John) Taylor aged 9 who got into difficulties swimming at Chiddley Pumps. A memorial plaque is on the wall of Padstow school. 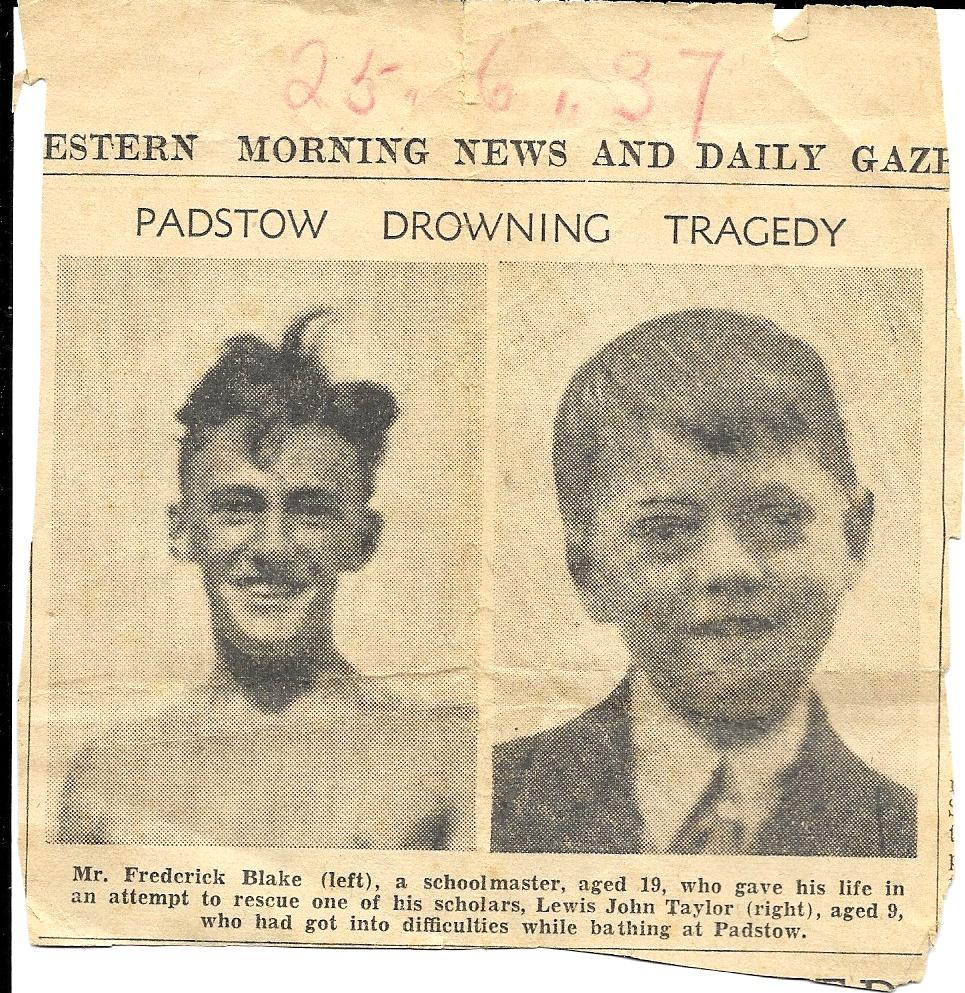 1945 - Silver Medal awarded to Second Motor Mechanic William Orchard for taking command of the lifeboat when she travelled 28 miles in a rough sea and blinding squalls of rain and rescued seven people from the Norwegian steamer Sjofna that had run ashore at Knap Head on 23 November 1944.  The Maud Smith reward for courage, given for the bravest act of life-saving of the year by a member of a lifeboat crew was awarded to Acting Coxswain Orchard for this service. 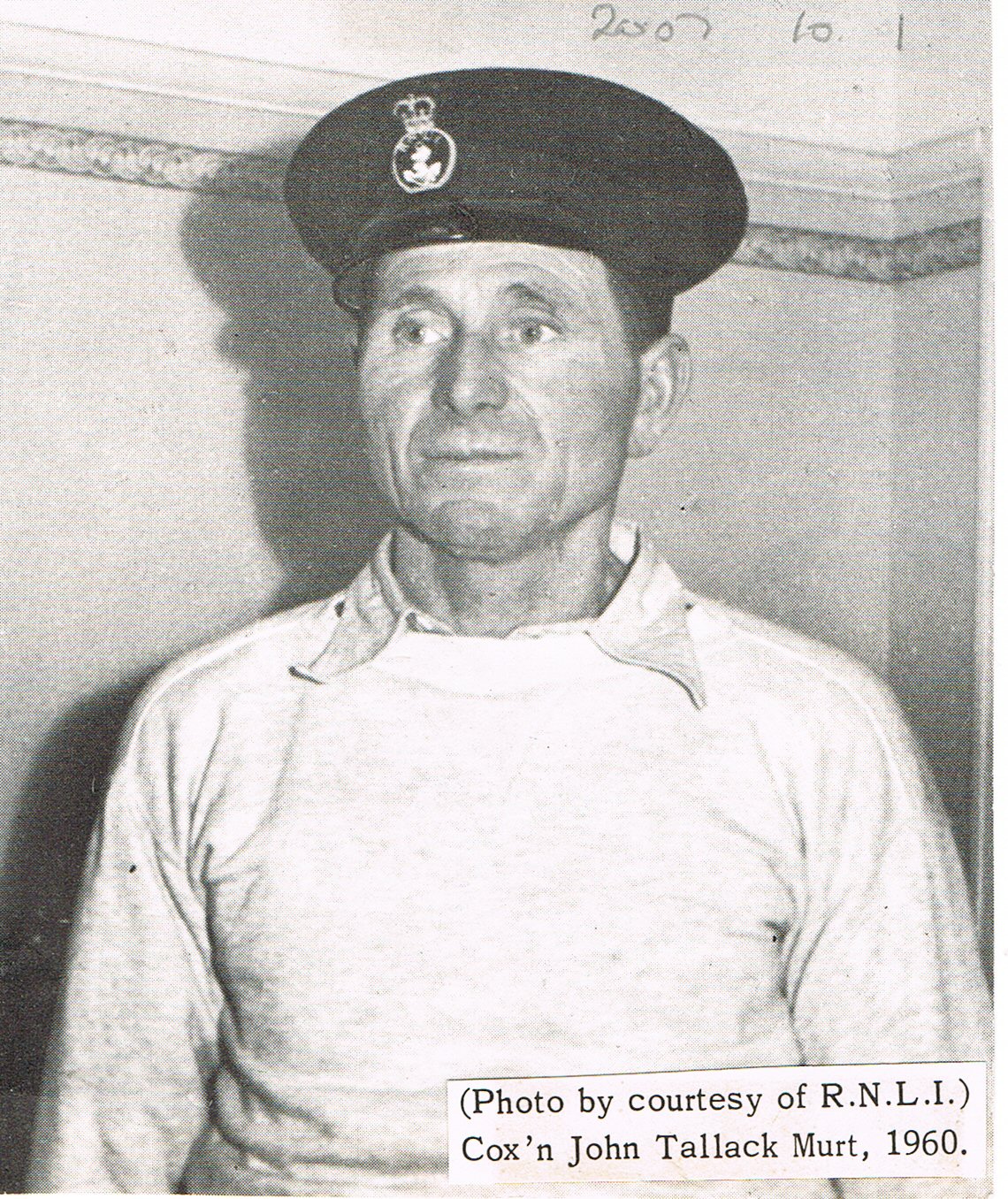 1946 -Silver Medal awarded to Coxswain John Tallack Murt for rescuing  the crew of 10 of the steamer Kedah close under St Agnes Head, in a full gale and huge confused sea on 12 August 1946. It was only at the third attempt, after being twice damaged, that the lifeboat got alongside. (Lifeboat JHW). 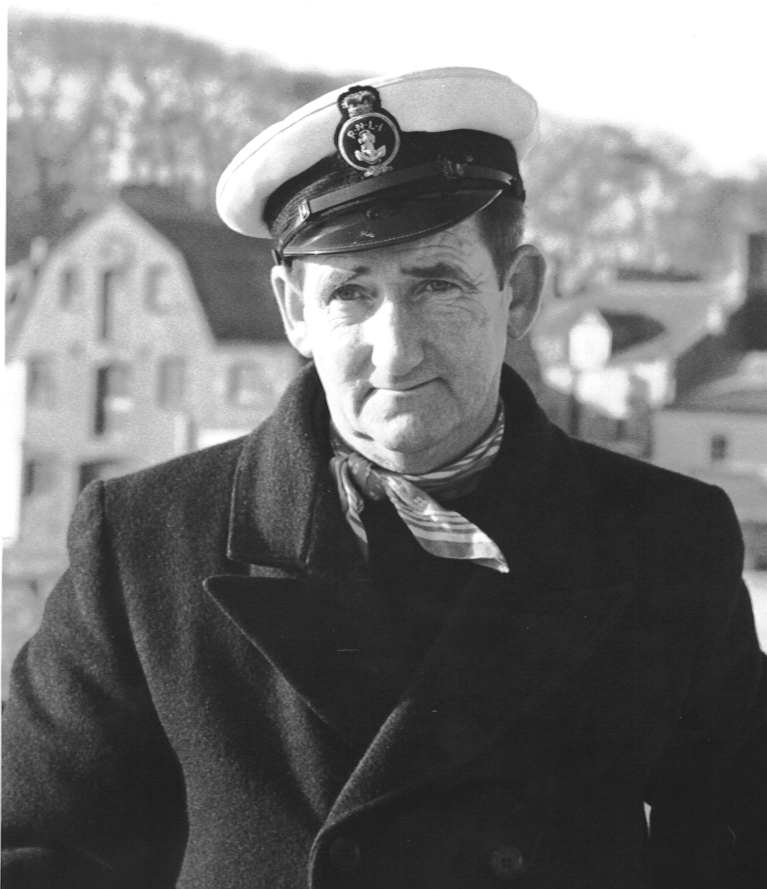 1966 - Silver Medal awarded to Coxswain Gordon H Elliott and Vellums to the crew for the rescue of two men from the fishing vessel Deo Gratias of Padstow that was in difficulties in a gale gusting to violent storm, with very rough seas on 23 November 1965. (Lifeboat Bassett Green). 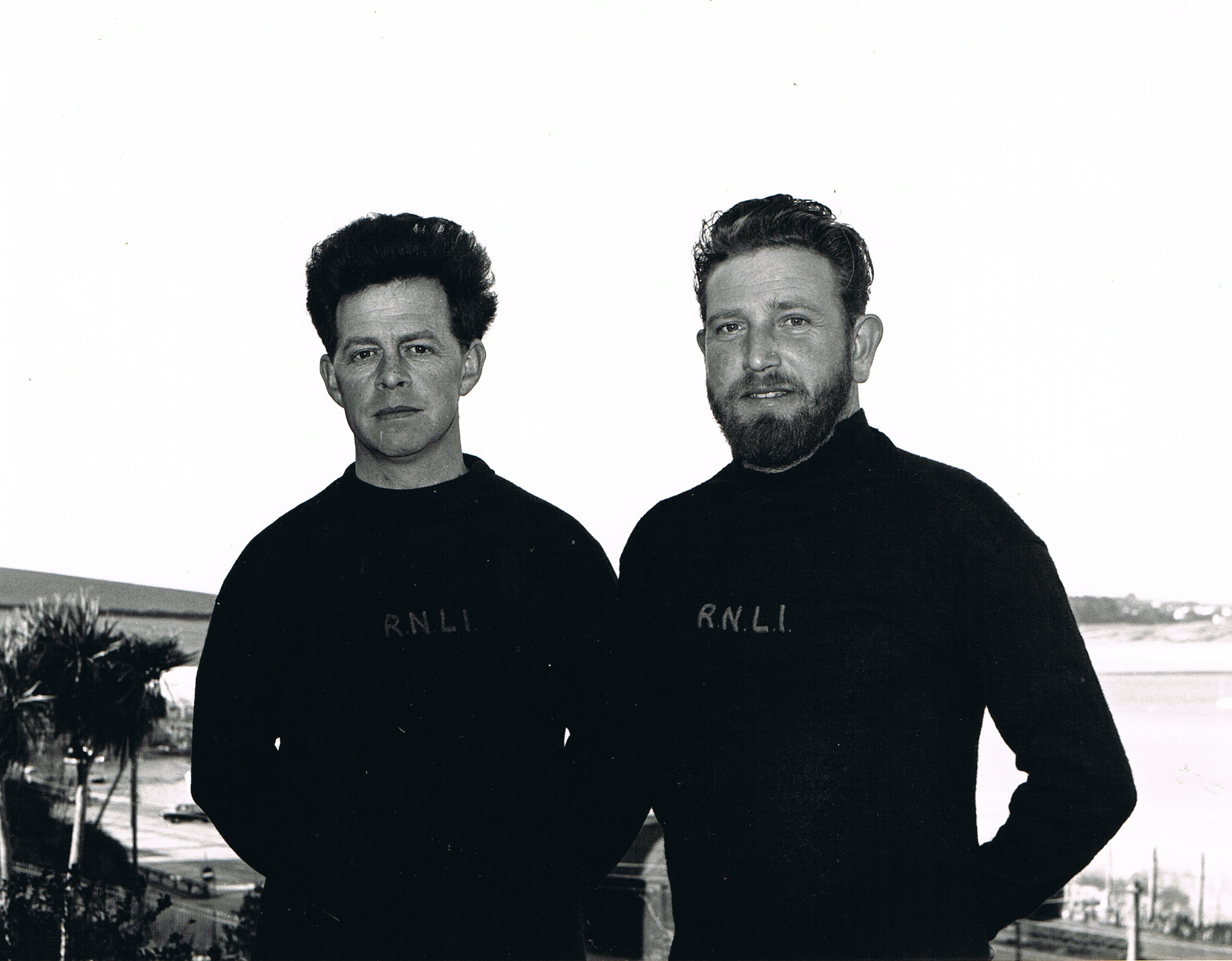 1976 - Special framed certificates presented to the station in appreciation of the courage, determination and skilful handling displayed by Coxswain Anthony Warnock and Second Coxswain/Assistant Mechanic Trevor England and the remainder of the crew when the lifeboat (James & Catherine Macfarlane) was severely damaged by a heavy sea causing injuries to the coxswain and some of the crew on 7 December.

1977 - Silver Medals awarded to Coxswain Anthony Warnock and Second Coxswain/Assistant Mechanic Trevor England in recognition of their courage, determination and seamanship when the lifeboat saved the yacht Calcutta Princess which was in difficulties approximately 60 yards from the rocks off Dinas Head and rescued her crew of two and a dog in a west-south-westerly gale and heavy confused sea on 17 July 1977. The Thanks of the Institution inscribed on Vellum were accorded to the other members of the lifeboat crew. (James & Catherine Macfarlane). 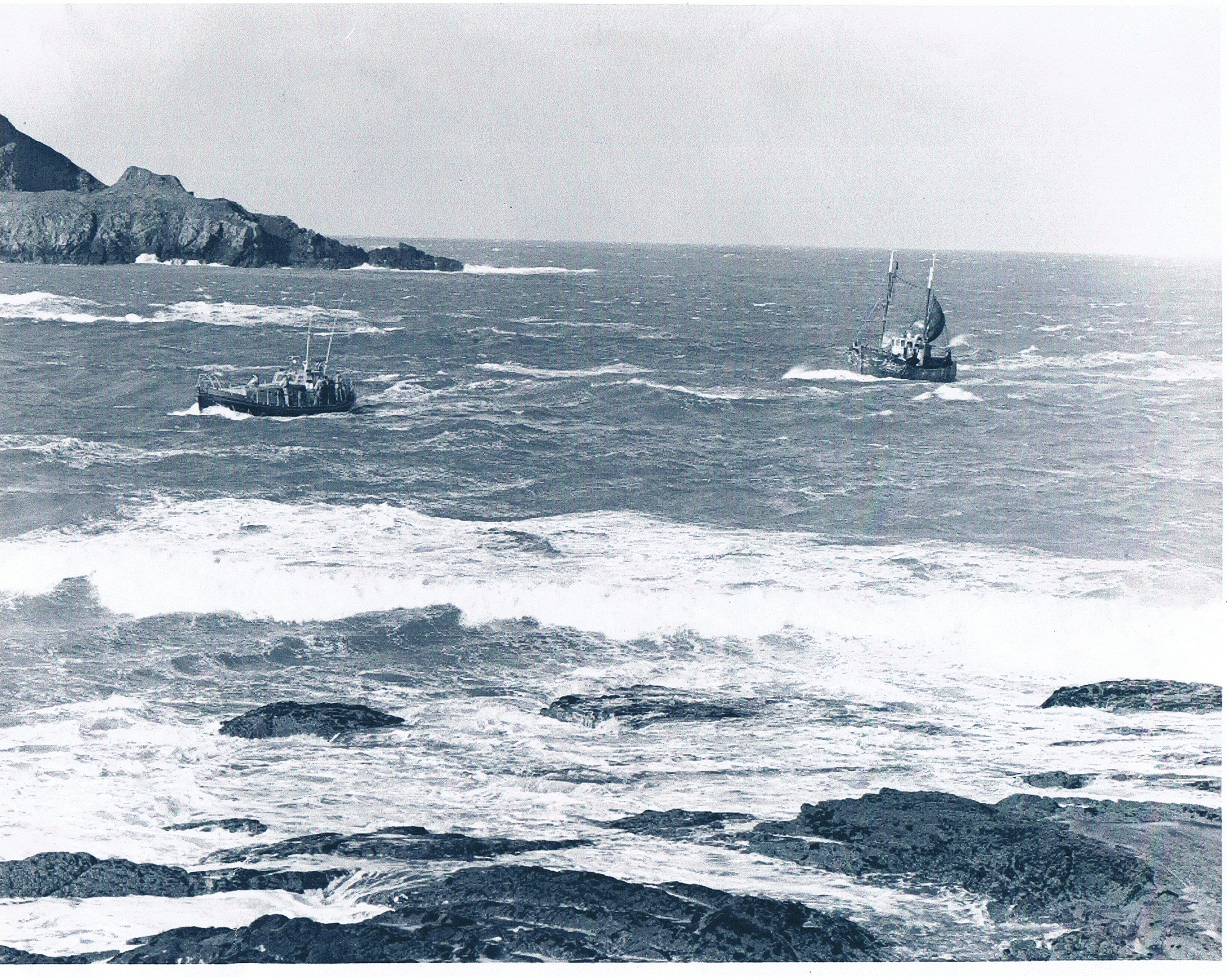 1979 - A special framed certificate awarded to the coxswain and crew for display at the station in recognition of their services in connection with numerous yachts in difficulties during the Fastnet Race on 14/15 August.

Silver Second-Service Clasp awarded to Coxswain Trevor England in recognition of his courage, determination and skill when the lifeboat stood by the Greek freighter Skopelos Sky in difficulty with a dangerous list off Trevose Head in a westerly hurricane and phenomenal seas on 15 December 1979.  The crew were accorded the Thanks of the Institution inscribed on Vellum, together with the slipway helpers who were at times up to their necks in the sea getting the lifeboat back on her slipway.  The winchman was presented with a Vellum Service Certificate. 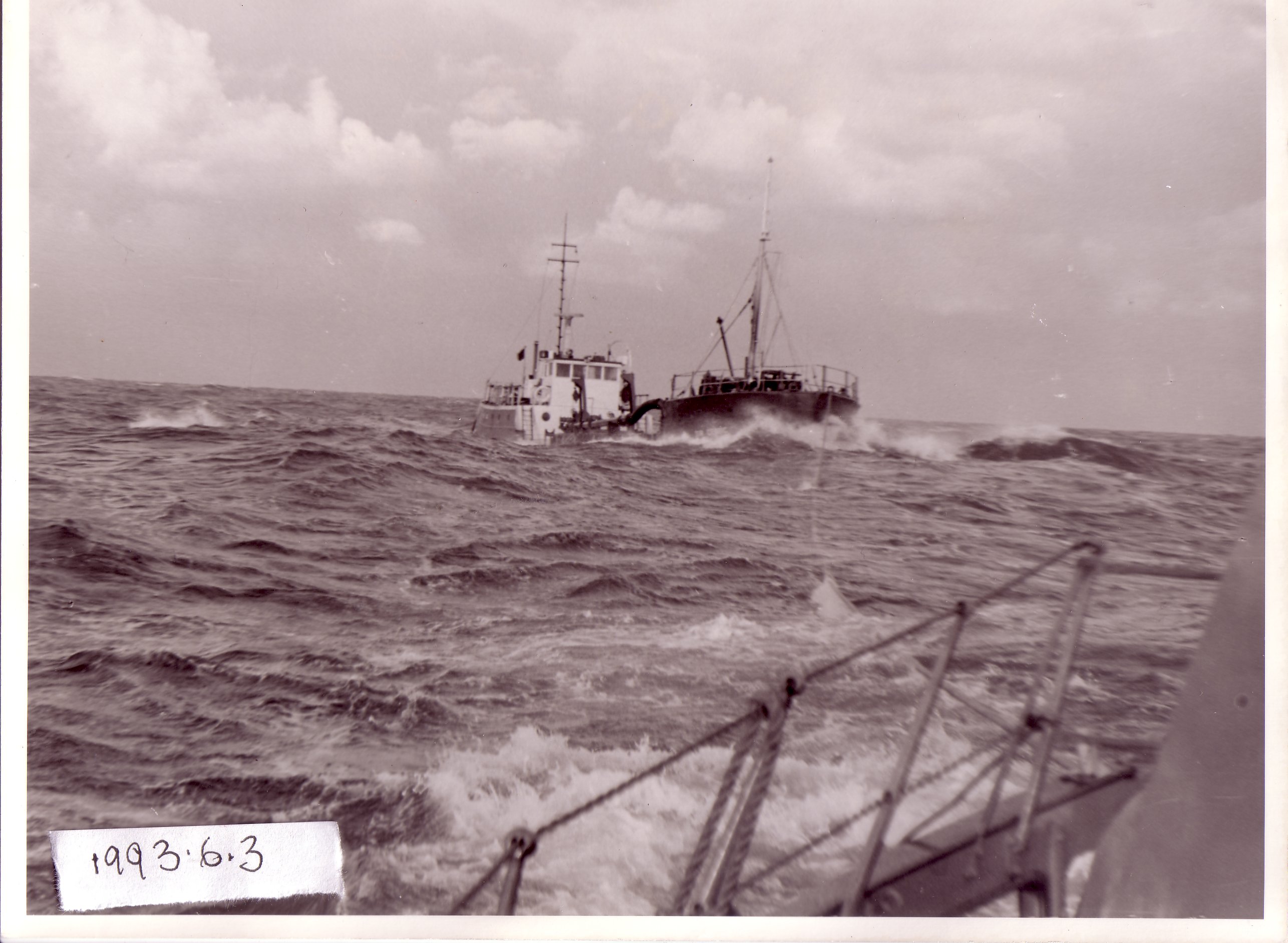 The photo to the right is of the rescue of the Coedmore.
2007 - The Thanks of the Institution inscribed on Vellum accorded to Coxswain Alan Tarby in recognition of his actions when the Padstow lifeboat saved the yacht Cawesade and a yachtsman from the yacht Fly during a long service in atrocious weather conditions on 25 June 2007. Two of his crew members, Luke Chown and Christopher Murphy received Framed Letters of Thanks signed by the Chairman Admiral Sir Jock Slater. (Spirit of Padstow)

2014 - A Framed Letter of Thanks signed by the Chairman of the Institution, Charles Hunter Pease, will be presented to the station in recognition of the initiative, teamwork and professionalism when they went to the aid of an out of control speedboat Milly, in the Camel Estuary near Tregirls beach on 5 May 2013. The family had been thrown from the speedboat and had suffered some very serious injuries. Rock ILB and two Kayakers were already on scene. One of the kayakers, Leigh Anderson, an off duty Casualty Care Trainer for the RNLI, was looking after multiple casualties with the assistance of her partner, Charlie Gay, whilst the other Kayaker towed the body of a man who had been hit by Milly after being ejected. Rock ILB and local trip boat Thunder continued to transfer casualties to Padstow Harbour for treatment. Padstow crew searched the area for any other casualties before being tasked to the harbour where the body of a young girl had emerged from under the hull of Milly. Two crew members entered the water to recover her body. She was the final family member. Leigh Anderson will be accorded The Thanks of the Institution inscribed on Vellum in recognition of her courage, initiative and skills when she attended to the family in need. Charlie Gay also received a Framed Letter of Thanks signed by the Chairman of the Institution, Charles Hunter Pease, for his part in this service.