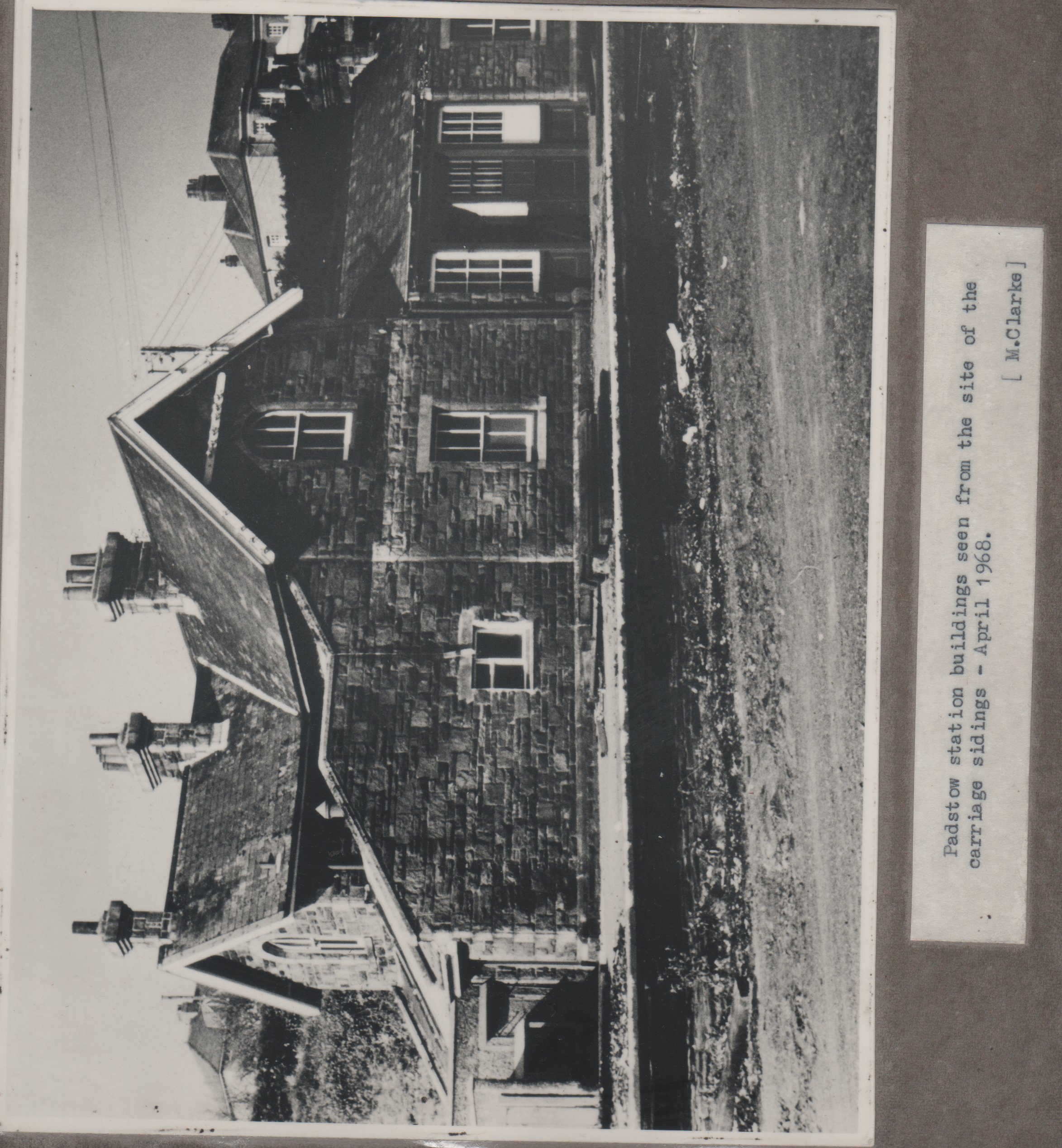 The building Padstow Museum now occupies, was Padstow Railway Station.  It was the farthest south westerly station and terminus of the Southern Railway.

The Enabling Act of 1896 cleared the way for the railway to run to Padstow; the condition was that the North Cornwall Railway's directors would request Padstow citizens to guarantee £3,000 of which, Charles Glyn Prideaux-Brune, contributed £1,000 towards this.

Negotiations were made with The Duchy to run the line along the foreshore of the River Camel and with Padstow Harbour Commissioners, (set up by act of Parliament in 1844), for building on the site. The railway shunting area, goods yard, loop and turntable were built on the site of the old, Higher Shipbuilding Yard. Before the land reclamation work was done, the water used to come up to the Old Custom House which stands on the corner of Riverside and South Quay. The extension of the quayside continued until the late 1940s and a larger turntable was built to accommodate the more powerful, post-war, West Country, Bullied Pacific locomotives. 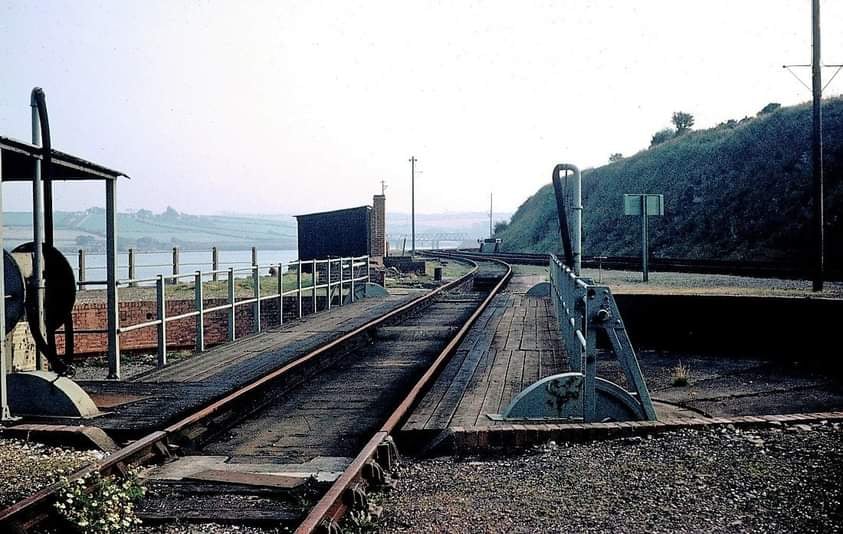 One of the most challenging pieces of civil engineering was the three-span, iron bridge with a 20 chain curve going over Little Petherick Creek. It is believed to be the only curved railway bridge in the UK.

Padstow Station was opened with pomp and ceremony with local dignitaries on 27th March 1899. On that day two specials were run to Wadebridge and back with all the local children given pasties.

Fish sheds were built on the quayside, trains pulled in, loaded with fish and then took the fish up to London to be in Billingsgate Market in about 6 hours. This service was called the "Up Perisher". Fishing declined during the First World War but picked up again but after many years of decline again, the fish sheds were dismantled in 1959. Other materials on the goods trains were sand and silt from the estuary as fertiliser for farms, Delabole Slate, china clay and granite, mostly from the De Lank quarry. 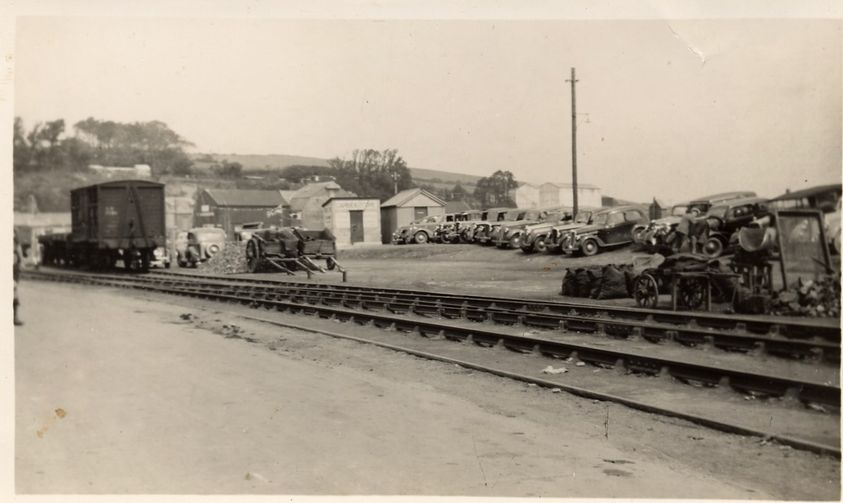 In 1901, on the hill above the station, the South Western Hotel was built by the Cory family for £12,000. They were Victorian philanthropists with interests in mining in Wales. The Cory Shelter at the corner of West Quay and North Quay, is dedicated to the family. The hotel was re-named The Metropole in 1915. It was a Trust House Forte hotel and after 2000, it became part of the Richardson's Hotel Group. It is now called the Harbour Hotel, owned by the Nicolas James Group.

The large brass Padstow locomotive name plate and the Duchy logo featuring the 15 Besant design, were from a locomotive (pictured) that was used on another section of the Southern Railway and interestingly, never travelled to Padstow. 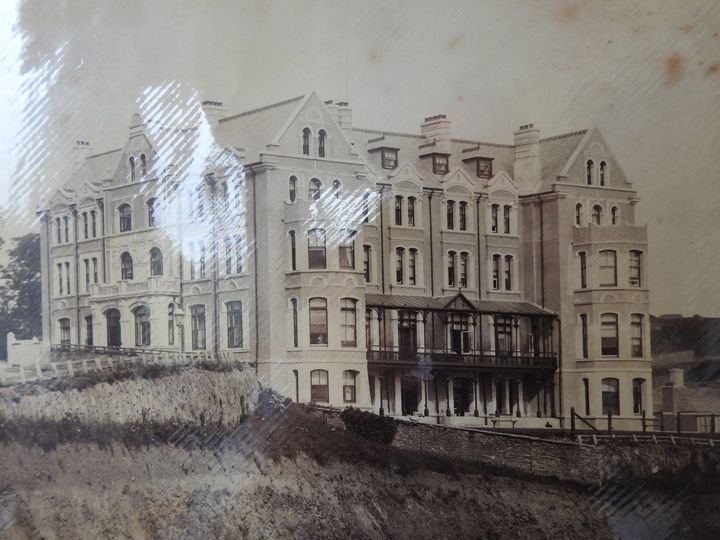 The London and South Western Railway (Now Southern Rail), made extensions to Bude in 1898 and to Padstow in 1899 and named the service, The North Cornwall Express departing from London Waterloo at 11am. This service ran throughout the summer of which also served Plymouth and Ilfracombe. There was a proposed extension of the line coming back out of Padstow Station to travel south west through Mawgan Porth, Newquay and then on to Truro.

In 1923, the Railway Grouping Act created Southern Railway with green livery and the Great Western Railway with brown livery. In the south west, you knew which station a line served from the colour it had been painted.

In 1924, the name: Atlantic Coast Express was given to the service. The northern areas of Devon and Cornwall were served by the Southern Railway and to the south of the counties, the Great Western Railway (G.W.R.) 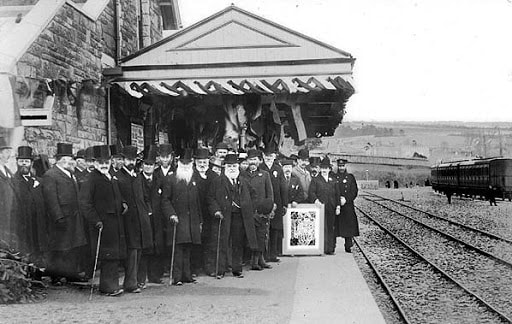 The Cornish section of the L&SWR divided at Halwill Junction for Bude and Padstow. At Halwill, the Bude carriages were detached and the Padstow section turned south via Launceston and Camelford. At Wadebridge, the train would continue along a single track following the River Camel with outstanding beautiful views much loved by the Poet Laurate, Sir John Betjeman, of whom, is buried at St Enodoc Church on the opposite bank of the estuary from Padstow.

As the line was a single track, to avoid the risk of two trains colliding, a Tablet or Token was given to the driver of the train, departing west from Wadebridge, which would be surrendered to station staff at Padstow and vice versa on the journey back to Wadebridge. This would guarantee the presence of only one train along the track at any given time.

The two marker discs seen on the front of the locomotives called headcodes, indicated to signalmen the final destination of the train. This was a combination of one or two white discs placed in the 12, 3, 6 and 9 o'clock positions. The trains to Padstow were marked with the discs at 3 and 9 o'clock.

The last A.C.E. train departed from Padstow by the locomotive, Blackmoor Vale on 5th September 1964. After only a couple of years of local service, the line was closed and pulled up in 1967. Interestingly, in France, when a railway line is discontinued, they have to by law, keep the infrastructure and rails just in case one day, they change their minds and re-instate it. However, here that is not the case. The section through Wadebridge could not ever be re-instated as many shops, buildings and roads have been built where the track once ran. 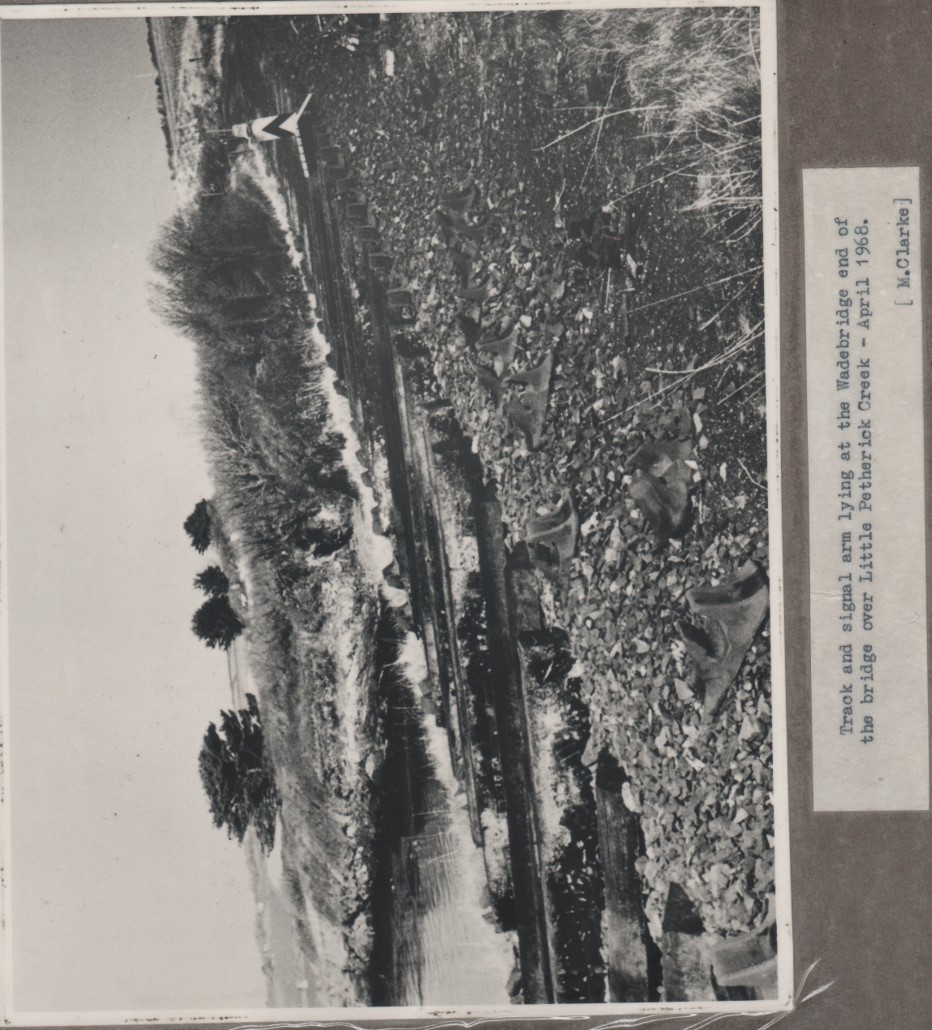 Outside the Shipwrights Inn, North Quay, is a remnant of the railway line, rescued from when they dug up the line. It is a mile post marking 259 miles to Waterloo and one mile to Padstow.

The Camel Trail is the legacy of the line that once took many thousands of holiday makers to our area.

Further information to be found on this site:  http://www.disused-stations.org.uk/p/padstow/