The Padstow Volunteers formed in 1859

The first picture is of the Padstow DCVA Band – Date given in MMcC Padstow photographs is 1907 – the second is dated 1908 which was when the DCVA became the Cornwall Royal Garrison Artillery TA. 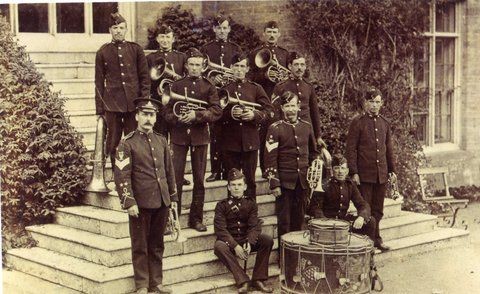 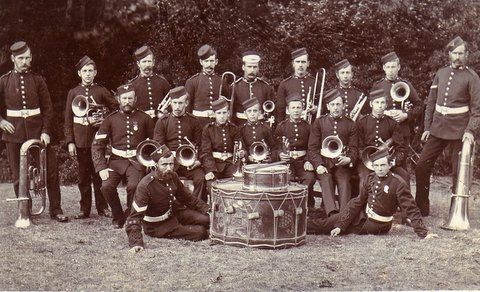 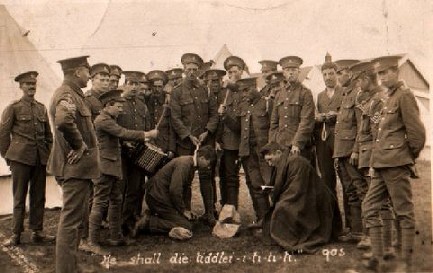 Padstow Artillery TA at camp in Wales at Trawsfynydd  the title – ‘He shall die ‘ etc taken from music hall song of period.

Try a search for ‘ The Spaniard who blighted my life’ !!

No recognisable faces in this particular picture. 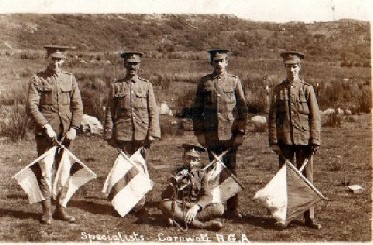 Fred Hammett, Bennett Williams, Alfie Willcocks, Maurice Buckingham, Bugler Steve Hammett. Any of these could be in the other picture above ?

If you have any photos, memorabilia or other information Padstow Museum would be interested. 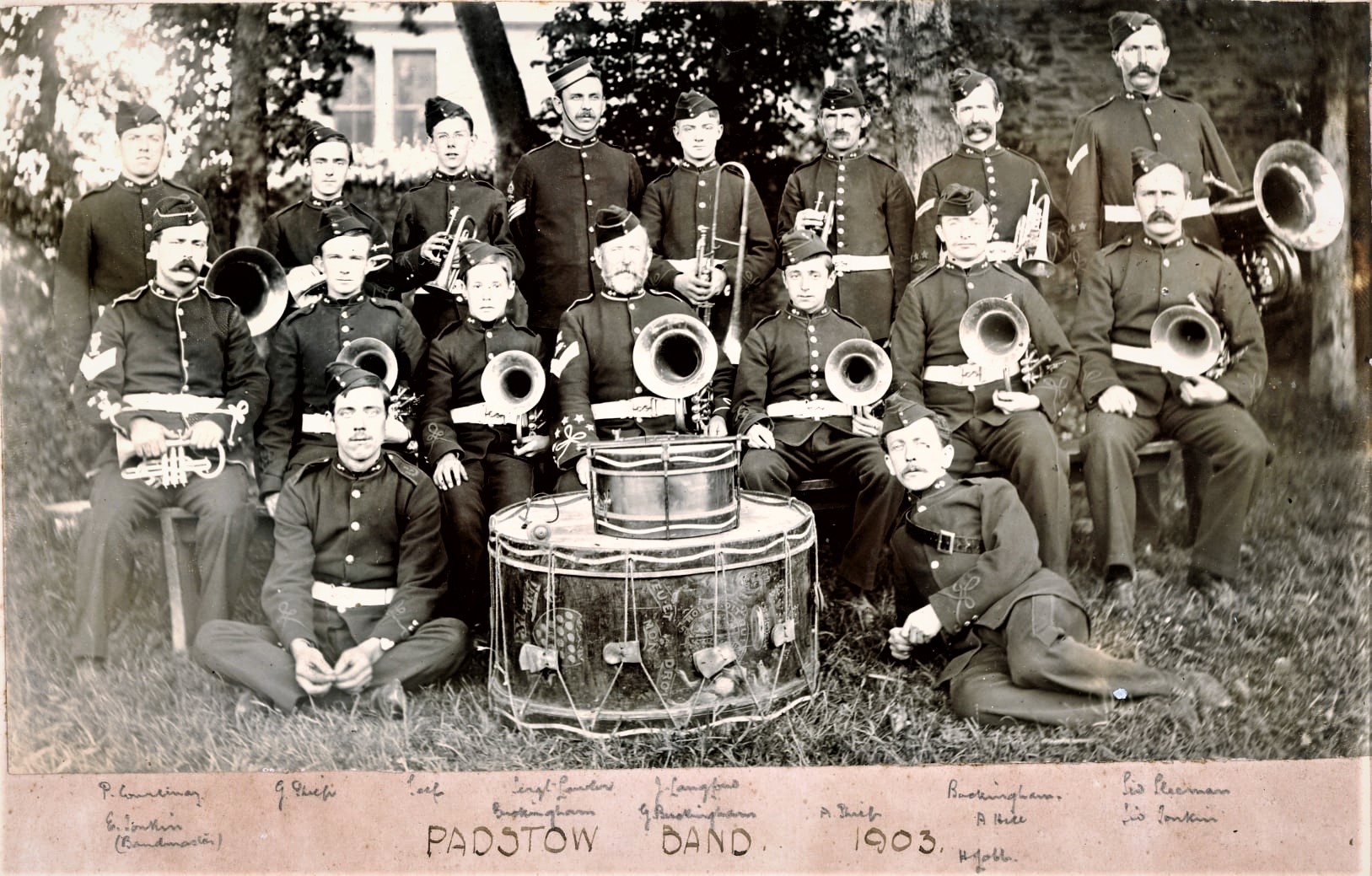 This is an earlier photo of the band taken in 1903

Here exist the old foundations of the emplacements and buildings as used during during the period from 1859 to WWII. This site was of strategic importance guarding the estuary in times of conflict

The Duke of Cornwall's Volunteer Artillery was formed in the county in 1859. The first Battery was in Padstow followed by Looe, Fowey and Charlestown followed by others in the west of the county. All to form coastal defences against a possible threat from France.

Foremost in the county to commence the Regatta Season - witnessed by a large number of spectators -- At the conclusion another amusing competition took place - one for a leg of lamb fastened to a smack's bowsprit well greased. After several duckings had been experienced by the competitors, it was carried off by a lad named Tippett. The Band of No 1 DC Volunteer Artillery was in attendance and performed a choice selection of music.

Thanks to Geraldine Tutton Padstow Museum has a copy of the original Muster Roll from this time up until 1908 when the Cornwall Royal Garrison Artillery was formed. Many of these TA Volunteers were drafted into service in World War 1 as our photographic archive shows

The  Challenge Trophy was presented to the Padstow Volunteer Artillery in 1891 by Henry M (Mitchell) Phillips formerly of Padstow but then living in Beckenham. We are interested in finding out more about this generous donor.

It is the property of the Royal Artillery Institution who have had it fully restored. We see it here in all its glory.

See the Christmas Padstow Echo for the full story of the Padstow Volunteers.

The photographs below are by courtesy of the Royal Artillery Institution archives. 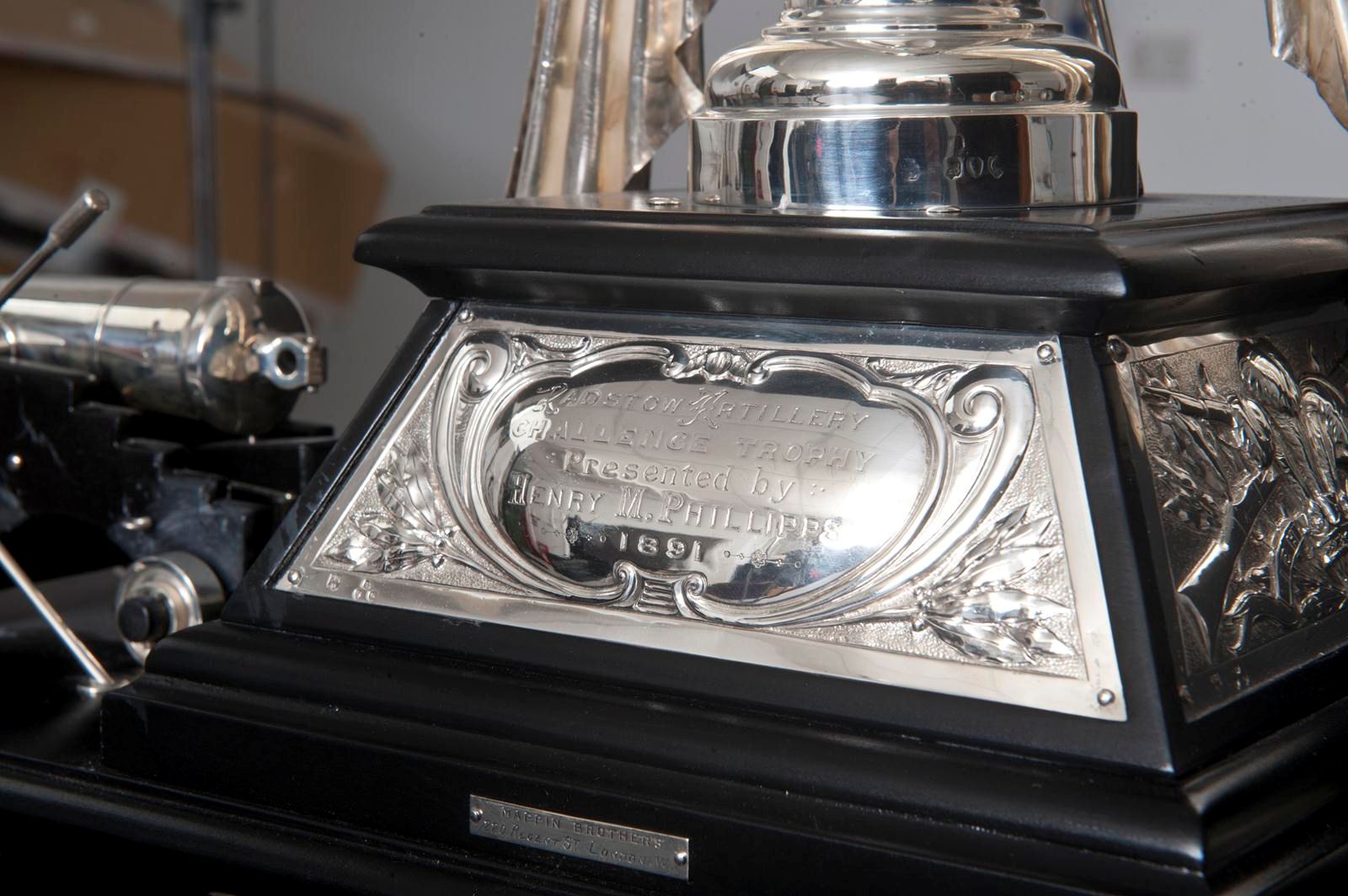 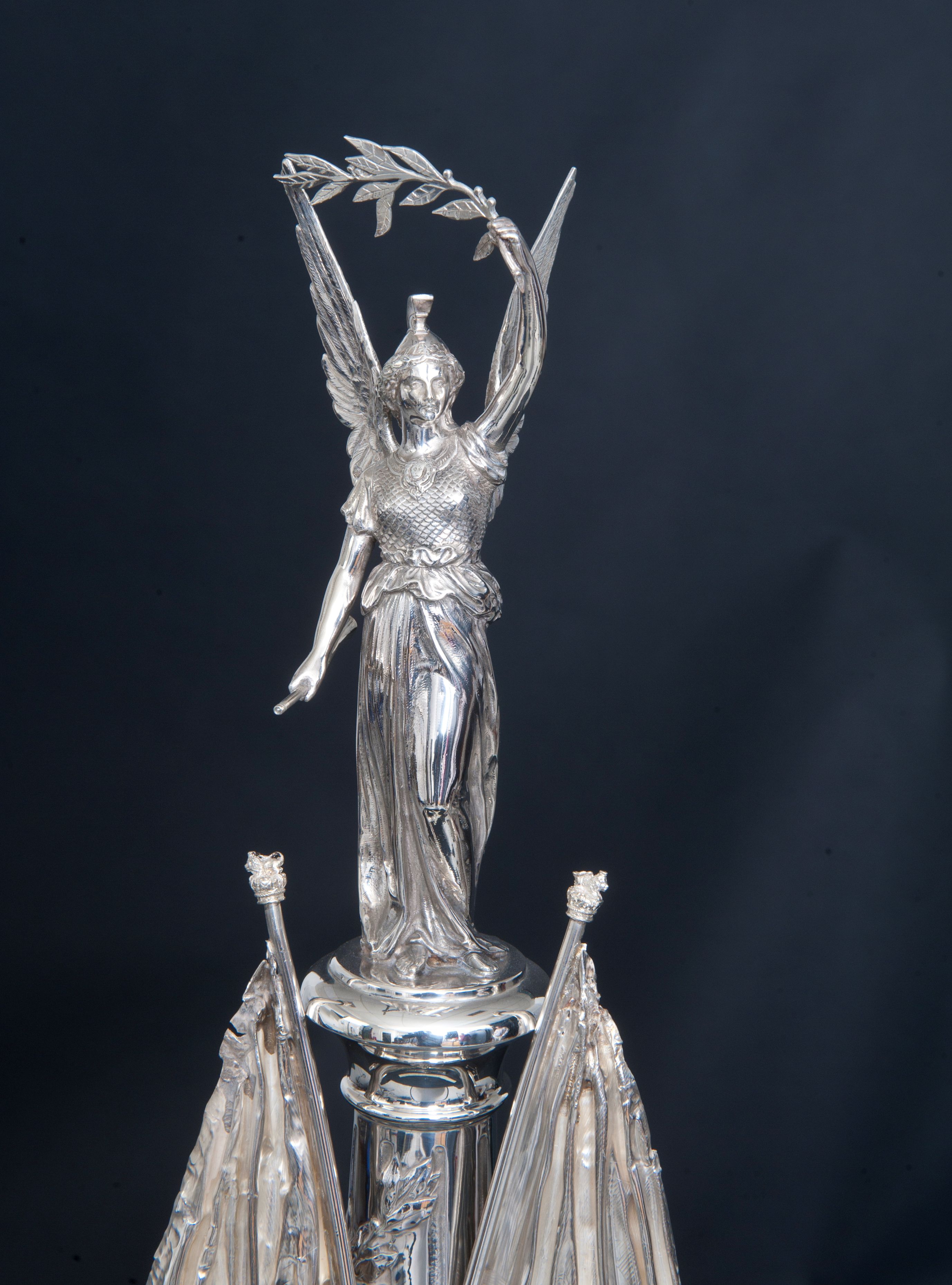 Figurine of the trophy. Picture by courtesy of Royal Artillery Institution.